The ASEAN-Korea Centre’s Executive Board (EB) held its 48th Meeting online on 28 April. The Centre shared information on the outcome of the completed programs in April and schedules for the remaining programs for FY2022.

※ The Executive Board(EB) of the ASEAN-Korea Centre: As the Centre’s official supervisory and advisory body, it is comprised of representatives from the 10 ASEAN Embassies in Seoul and the Ministry of Foreign Affairs of ROK, which regular meetings are held 3 times a year.

The Centre requested for the special attention and support from the EB members during the Meeting for the Centre’s planned programs of AKC, including some of upcoming signature programs, such as the ASEAN Trade Fair 2022 (June), Opening of the Jeju ASEAN Hall (September), and ASEAN Hall Digitalization Project (year-round).

The EB members expressed their appreciation to AKC for its continuing effort to promote and enhance cooperation and exchanges between ASEAN and Korea despite the challenging circumstances of COVID-19, while they looked forward to expanded role of AKC with more active people-to-people exchanges as the situation improves. 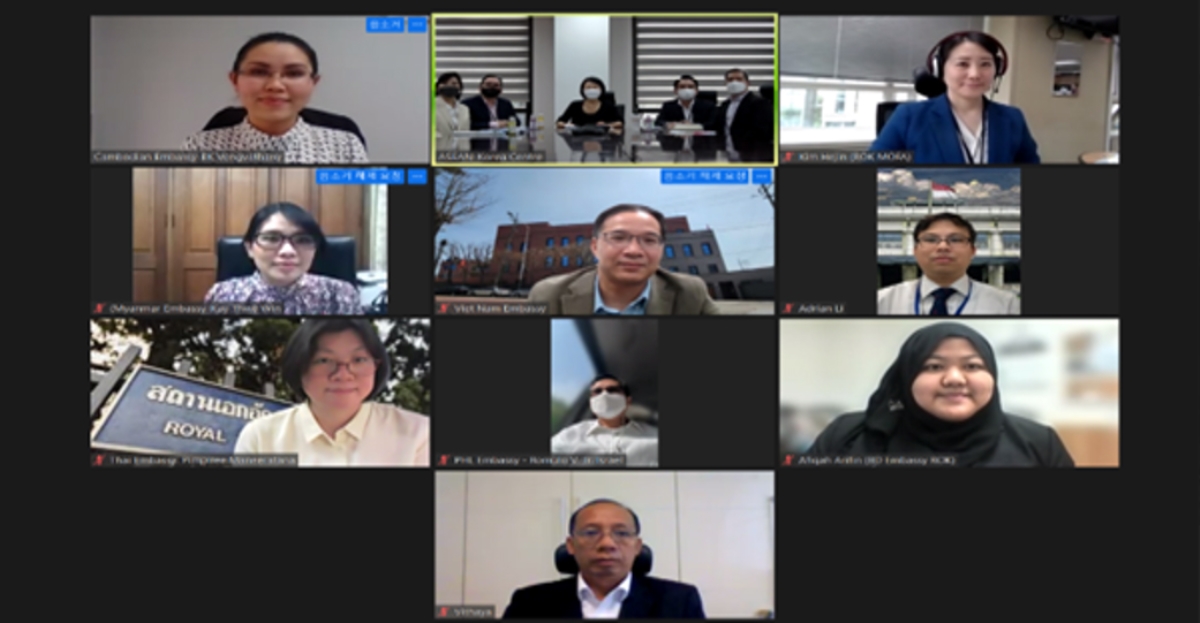